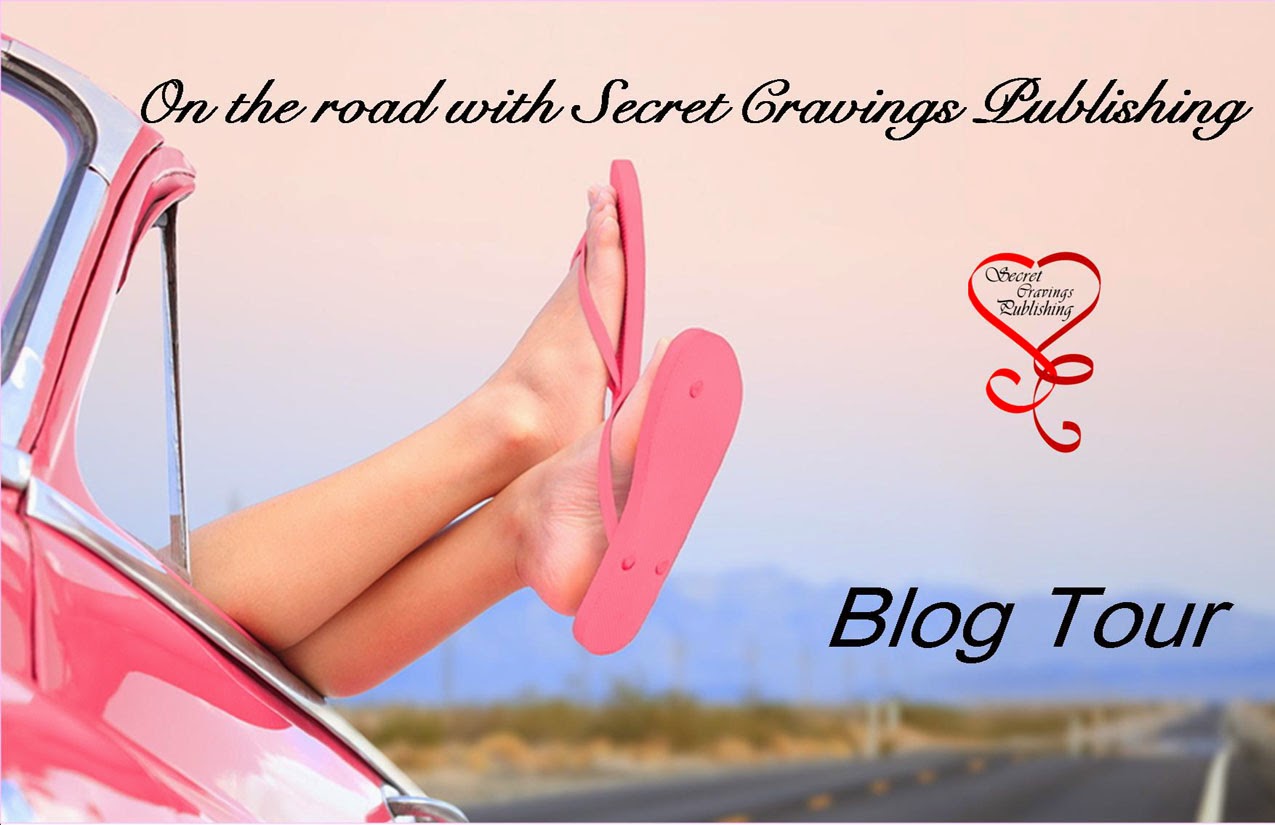 The Secret Life of Richard McCoy
by Karen Kennedy Samoranos 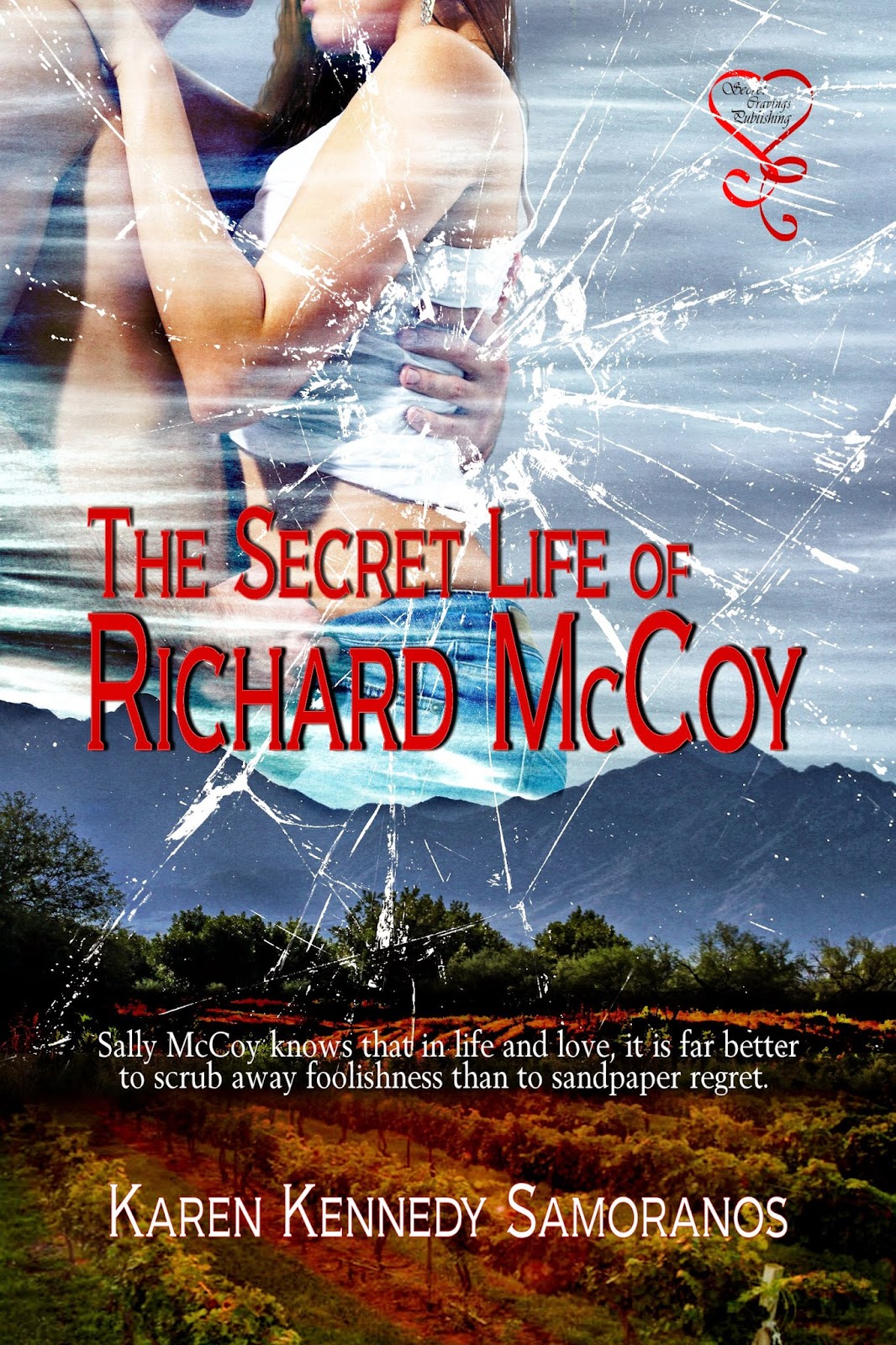 Sally Eldridge was confident, savvy and competitive, excelling in the male-dominated field of Grand Prix sport bike racing until a life-shattering accident severely damaged her body and psyche. Twenty-seven years of marriage to Richard McCoy served as a buffer from life’s uncertainty. Over time, she surrendered self-reliance to Richard’s control.
Life changes abruptly when Richard dies while on a business trip. Overwhelmed by the devastating loss, Sally is forced to relearn skills she relinquished during marriage to a willful man. She initially accepts Richard’s death until shocking details emerge that upend thirty years. She uncovers his covert life of sexual affairs, illegitimate children, and hidden assets in an obscure corporation. Her investigation exposes her to one man desperate enough to kill her, and another who has been in love with Sally for a decade.
To take control of her future, Sally must expose every truth, even if it means risking her life in the process.
Excerpt:

“Mrs. McCoy, if you’re hell-bent on selling then why not sell only forty-nine percent of the winery to your employees and retain control of fifty-one percent?”
“Why not?” she said, futilely trying to put aside her oversexed drama.
She was relieved Vic Callahan hadn’t asked to sleep with her, though she was disappointed that he wouldn’t be servicing her physical needs. What a perfect arrangement it would be, a virile man at her disposal and too past his prime to demand carnal access to her morning, noon, and night, like a sex-crazed college student. Not that she’d mind, but—
“Mrs. McCoy, are you all right?” Vic asked, because her eyes had a faraway quality, and her cheeks were flushed.
“Yes. I’m fine,” she said, annoyed with her sexual single-mindedness. She imagined the expression of idiocy on her face. She couldn’t support her cause as a widow with wherewithal by behaving as though she had brain damage, when all she needed was a vigorous roll in the hay.
“I’m sorry, Mr. Callahan, I am considering your suggestion. It actually makes a lot of sense financially.”
“Thank you, Mrs. McCoy. Seems to me companies do better when they’re employee owned. And this way, you’d still get to keep major control of the winery.”
“It’s a very intelligent idea,” she agreed. She pushed away from the table, and stood, feeling the heat disperse from her inner thighs. She hoped he wouldn’t pick up on her horniness from his side of the room.
Vic got up quickly, and placed his hat on his head.
“Thank you, ma’am. Now, if I were you, thinking about selling a share of my winery, I’d pay for a smart attorney to keep in my pocket, one that’s versed in corporate law, to make sure I don’t get screwed.”
Screwed. She burned at that word intoned in Vic’s voice, and involuntarily licked her lips.
He smiled again, and she clenched her teeth to keep from reacting on a physical level. The man spoke with care in low tones and she supposed his face would eventually look like soft leather from years of exposure to the sun and wind. But at this age, he was attractive, his eyes sharp, and mannerisms infinitely seductive. That physically conditioned body of his was…well, beautiful came to mind, though she figured a man would be less inclined to consider this description of his own physique acceptable.
She decided he was sexy then, a must-ride. She could feel herself getting wet at the mere thought of straddling Vic Callahan buckaroo, draped across his willing hips, and feeling the smooth stroking of a stiff cock that surely must match his lithe, ageless build. Maybe he would grip her waist with those strong hands, encircling her naked buttocks, and draw her in.
She let her eyes rove, taking in his broad shoulders and wide chest, curving into muscled loins and a round posterior, a body a woman could enjoy in an erotic sense, even if the man who owned it seemed impervious to love. They were matched closely in height. The thought of kissing a man as enticing as Vic with a mere tilt of the chin made her heart pound. She wondered how his whiskers would feel brushing across her nipples and imagined pulling him in by his narrow hips, wrapping her legs around him while he thrust into her, uttering primal groans of pleasure in her ear. 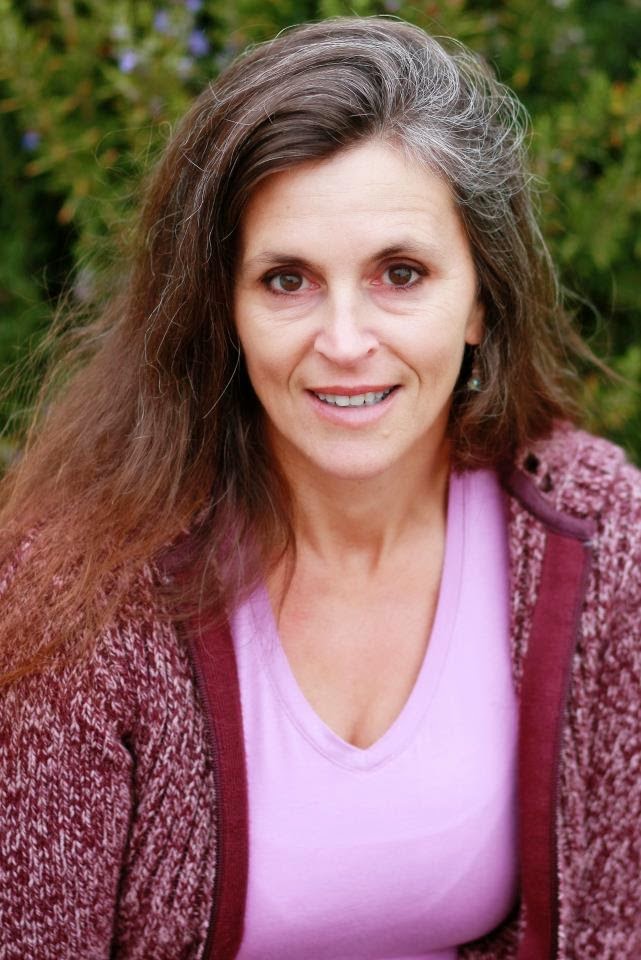 When not writing, Karen Kennedy Samoranos co-manages a music education business in the Bay Area with her husband, Clifford, focusing on jazz theory and live stage performance for children ages 5 through 18. She has four adult children, and four young grandchildren. In her off hours, she hikes, and is an avid fisherman, and motorcyclist (both dirt and street), and an advocate for regular exercise, red wine and whole foods.