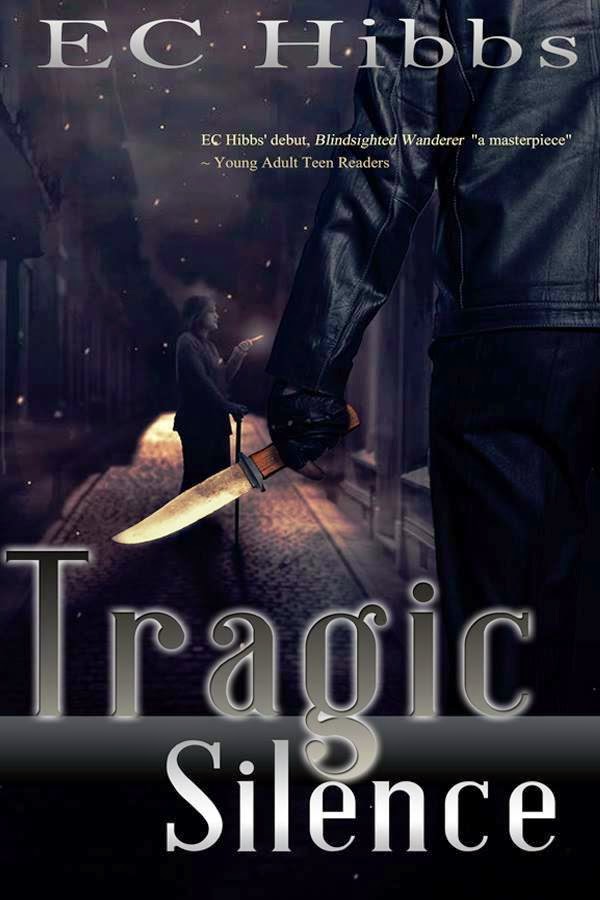 When tragedy strikes Bianka Farkas one night in her native Hungary, she loses more than a friend and her mobility. Some things are harder to understand. Waking up in a hospital, Bee struggles to remember exactly what happened the night she was attacked and witnessed a brutal murder. Memories of a mysterious figure plague her as well as bizarre and terrifying changes in her over the next few years. Facing this new horrifying reality with a surprising ally, Bee finally has the chance to take her revenge but at what cost?

EXCERPT
My heart pounded fiercely; I was sure if I opened my mouth it would have fallen out onto the grass, still beating. I fought my way through groping finger-like branches, suddenly gnarled and slick with red. One snagged my hair but I carried on. My shoe landed in a puddle and water splashed up my leg.
You’re seeing things. Breathe.
I stopped and stared through the cage of twigs. There was the old man who had helped me. My tongue stuck to the roof of my mouth. The scarlet of my eyes extended over all I saw. There was no colour except it; that perfect blood tone. The man had his back to me. He didn’t know I was there.
The pain in my chest shot up through my throat as though it had cracked open inside, and I muffled a cry. I snatched out at a branch to steady myself, but my knees buckled and I crashed to the ground. It felt like I hadn’t had a drink for days, weeks, my throat was so parched that I couldn’t even yell. Not even the little old man would have heard me. My eyes boiled in my head, and the breeze didn’t feel gentle anymore. It beat down on me like frozen knives and howled around my ears as though I was caught in a hurricane.
My mouth opened wide and my lips drew back over my teeth. I let out the only noise I could make: a spitting hiss from far back in my throat. I fell forwards and managed to catch myself before I slammed face-first into the grass. Any more voluntary movement was beyond me. The fangs shone in the light from my eyes, and I felt energy sap away like water through a sieve. I silently screamed for how much of a fool I was. Torn, I cried in my mind for the elderly man to get away, yet shouted for him to stay. I needed his warm, delicious blood so much.


I heard a familiar laugh in my head. “Did you honestly believe you could outrun me?”

Check out the trailer here!

Known as 'Bee' to many people, Bianka has been forced to walk with a cane ever since she was attacked as a teenager. She is burdened by terrible memories, struggling to come to terms with everything that befell her. But beneath a fragile-looking exterior, she is strong-willed and fiercely determined to live her life despite all the odds against her. She is intensely loyal to those she cares about, although often to the detriment of herself, which leaves her vulnerable in more ways than one.

A cartoon-loving worker at the Museum of London, Frank appears an unassuming young man to most. He is, however, a harmless vampire, and takes Bianka under his wing, passing on his astounding knowledge of the condition. He is gentle and soft-spoken, but has a firm sense of right and wrong, and will not hesitate getting his hands dirty if need calls for it.

A mysterious and nameless demon, this vampire is immensely powerful, having haunted the streets of Budapest for decades. Consumed by brutal determination and inhumanity, he commits himself to mentally torturing Bianka at every opportunity, forging a mental link that remains with her no matter how far she tries to run.

Originally hailing from London, Lucy is a pretty and sweet-natured girl with a penchant for musical films. She and Bianka became acquainted in high school, after Lucy saved her from a group of bullies. Since that day, they were best friends, and an integral part of each other's lives. She always has a smile and a kind word to say, and although quick to show a brave face in times of danger, she is easily frightened.

Lucy's excitable and talkative younger sister, Emily is very artistically talented. She is close to both Lucy and Bianka, referring to her as "the Encyclo-Bee-Dia." Following the attack that cripples Bianka and devastates the Denborough family, she becomes withdrawn and struggles to cope with her anguish.

A cockney student and Emily's old childhood sweetheart, Michael is a naïve young man who spends his time tracing his family tree in the many libraries and museums across London. 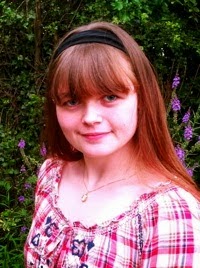 About the Author-
E. C. Hibbs has lived all her life in Cheshire, northwest England. A lover of stories from an early age, she wrote her first 'book' when she was five, and throughout school was a frequent visitor to the younger classes to read her tales to the children.

Living so near the coast, she loves anything to do with the sea. She studied Animal Behaviour at university and longs to work with marine mammals in the future. As well as nature and animals, she also has a soft spot for history, and loves paying visits to castles, cathedrals and museums.

There are many things she could be without, but writing isn't one of them. She carries a pen everywhere, in case an idea appears, and takes pride in still seeing the world as brimming with magic. Besides writing, she reads obsessively, her favourite genres being the classics and all kinds of fantasy. She also enjoys Disney and horror films, practising Shotokan karate, drawing, archery, and playing with her very cheeky kitten.