It was fascinating.  The streets were narrow and the buildings towered above.  Vending machines were everywhere.  Soup in a can, meat in a can, vegetables in a can, coffee in a can and they were all hot.  If you wanted something to eat you could find it in a vending machine.  The kids were all in one sort of uniform or another, obviously on their way home from school.  The smells of brick and rice permeating the air.
There were food stalls everywhere as they walked the narrow streets.  You could order at a counter right there on the street, or go inside to sit down.  Hale stopped to grab a bite at one.  Trace looked over the selections and got a couple of things.  It could all be carried as they were bite size.  Jackie looked and ordered a couple of jelly donuts.  They left and Jackie took a big bite and swallowed as she walked.  She started choking and ran to a trash can gagging.  It was too late, it had gone down.  She threw the other one a way.  Hamilton was laughing and Trace just handed her a coke from the vending machine there.  All the guys had big smiles on their faces, laughing at her.
“So, Breeze, what did you think you were eating?”
“A jelly donut! What was that?”
“Um, that was a sushi bar.  I’d guess you had fish eggs on some sort of cake.  Didn't you like them?” Hale grinned at her.

Jackie stuck her tongue out at him.  “Jerk.  Thanks for the coke, Trace.”
“Better stick to vending machines Breeze,” Turner laughed.
Trying to scrape her tongue and get the taste out of her mouth Jackie continued with the guys ignoring their laughter as she continued to make gagging noises.  Nasty.  She’d make sure she knew what she was eating from now on.  She smiled.  Still, what an experience she thought, the fishy flavor still sitting on her tongue, making her gag.
They wandered the streets for hours.  They had been enticed into a pachinko parlor earlier.  The chink of the balls as they poured down and the clicking of the buttons on the machines had intrigued them.  The machines had little Japanese standing in front of them, concentrating as if their lives depended on it.  There was little room in the parlor.  In the small space there were over a hundred pachinko machines, a non-stop tinkle of balls raining down.  They were too big to get through it, so they inched around the edges checking it out.   It turns out that it was a gambling parlor, Japanese style.
Back in the street, the tinkling of balls behind them, they talked over what to do next.
“It’s getting time to head back,” Turner said.  “I want to check out a couple of bars the guys from the shop told me about before liberty is up.  You all want to go?”
With everyone’s agreement, they headed back towards base.  Most of the Japanese seemed friendly, but there were the places they were warned about, the ones who had the “Americans keep out” sign posted at their doors.
A block from the base gates, they took a left turn.  The streets before this had seemed narrow but this was worse. It looked like a back alley.  The buildings were close together, tall, dark and the smells were of old alcohol and smoke.  Yep, this was the right place.  Dimly lit bars lined both sides of the street.  A couple had the no American signs, but the majority catered to the US sailors.
“Smell that.”  Turner took a deep breath.  “Beer.  C’mon let’s check one out.” 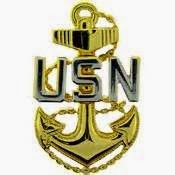