The Lord of the Clans by Chris Lange 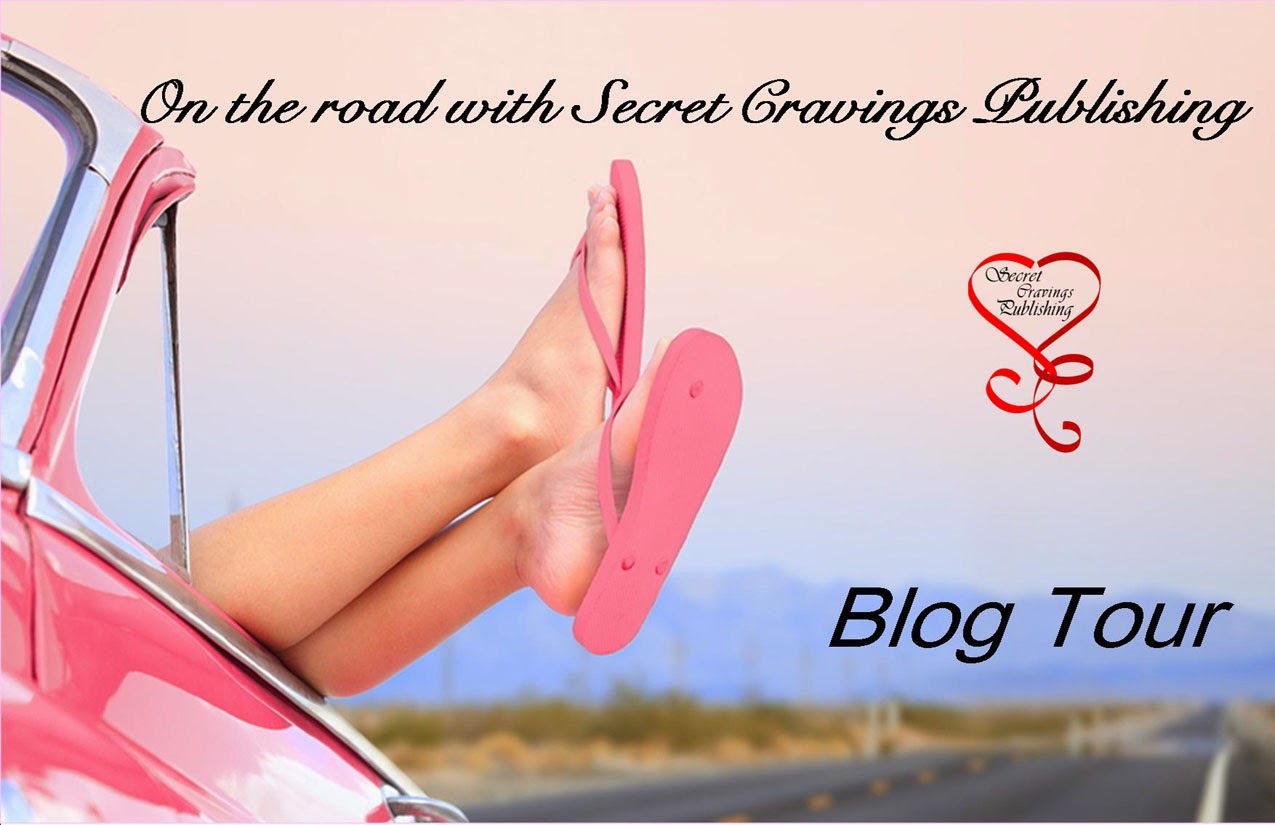 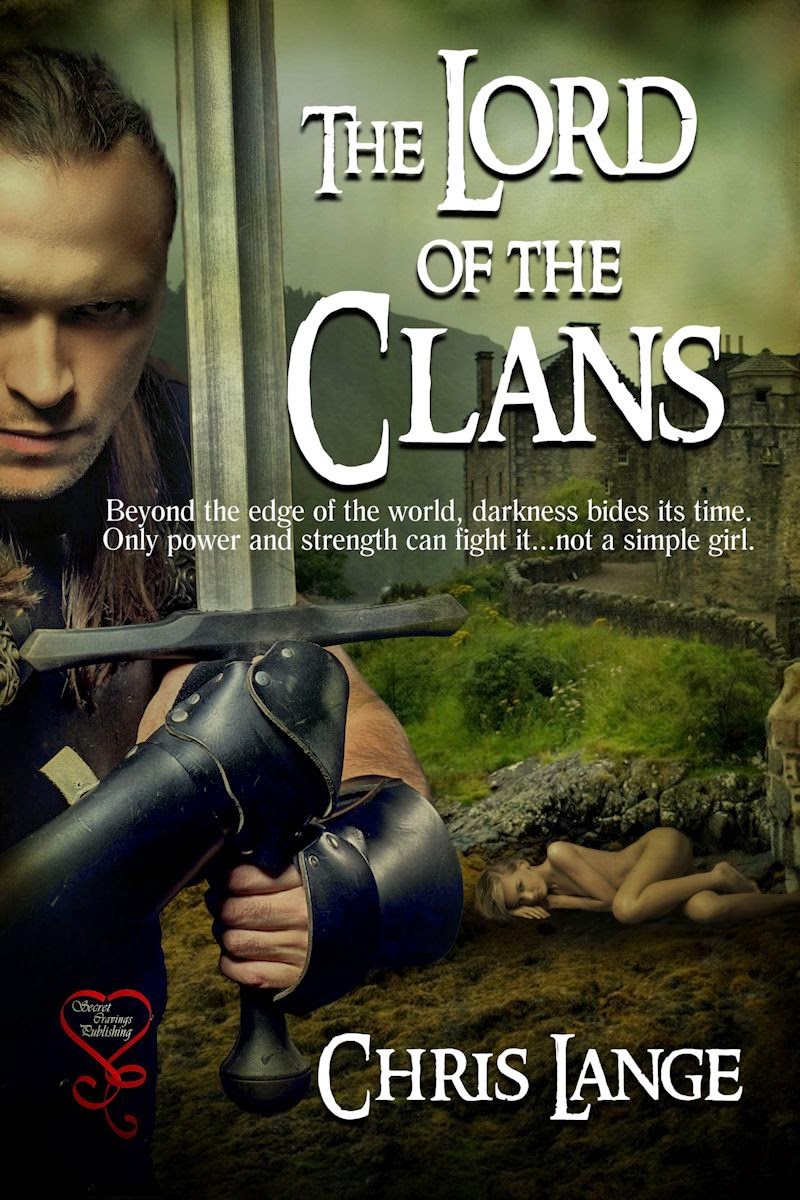 THE LORD OF THE CLANS

Captured by a rival clan, Ariana is chained to a wall and about to be tortured. The Four Kingdoms aren't safe anymore. As if crossing dangerous territories wasn't bad enough, she is now trapped in a cave with her jailers. But they have it all wrong.
She isn't a spy, she's just a healer on her way to her sick aunt. Escape is out of the question as she's a weak woman, yet fear twists her stomach when she realizes who will decide if she lives or dies. The legendary Lord of the Clans will believe her or execute her. He's huge, he's powerful and he has the power of life and death over all the tribes. But maybe she has it all wrong.

Men had captured her as she had been entering a cave she thought deserted. Fighting hadn’t crossed her mind because, like her, they belonged to a clan. She’d been surprised when they’d handed her over to the tribesman currently torturing her. He’d stripped her of her weapons and tied her to the wall.
This one wasn’t a great thinker. He scratched his head some more, dirty fingernails rubbing on his short hair. Was he finally starting to believe her?
He brought the knife back against her face. She whimpered, the cold wall behind her preventing any movement. The iron bands around her wrists struck it as he threatened her with his blade, and the short chains rattled. He snorted at her alarm while he applied pressure on the corner of her eye.
“Don’t try to confuse me, wench. I ain’t nobody’s fool. So what do you say I gouge out this little piece of you? Would you be more talkative?”
Not a chance, given that she’d definitely be half-blind and screaming her lungs out. A shiver coursed through her when the long blade touched the inside of her eye.
“Come on, out with it. I’m your best bet, you know. He won’t be as indulgent when he gets here.”
Who was he talking about? Why did the mention of this mysterious person make her stomach churn?
She held her breath while the wild thumping of her heart tolled against her ears and uttered a small, pitiful sound.
“Refresh my memory, would you, Blahort? When did I ever order you to interrogate prisoners?”
The question shattered the moment of torture. Her tormentor wheeled round at the sound of the chilly, commanding voice and dropped down on one knee.
“I’m sorry, my lord. We caught her entering our caves, and I thought you wouldn’t be back before dawn.”
“That’s when you took upon yourself to extract information out of her, because she’s a spy?”
She couldn’t make out the source of the authoritative voice. Tears blurred her vision, and she wondered if the tribesman might have scratched her eye with his knife.
“Right, my lord.”
“I see. You may leave us now.”
The tribesman scrambled up to his feet. As he went past the man in the shadows, his name clacked throughout the cavern like the strike of a whip.
“Blahort!”
“Yes, my lord.”
“Don’t ever disobey my orders again.”
With a vigorous nod, the tribesman scampered away. The big, dark shape moved forward. Breath caught in her throat, she tensed as the mysterious man finally appeared in her range of vision.
He wore the usual sheepskin coat clansmen favoured but his size made her pulse race. She was tall for a woman, yet she wagered the top of her head wouldn’t rise above his neck. Shoulder-length, straight fair hair framed a face chiselled in ice.
A long scar ran from his temple down to the side of his mouth. With eyes the colour of a still lake on a cloudy winter morning, his gaze blew away her ability to think. The gray eyes seemed to see right through her while an aching pulse took complete possession of her body. She flinched, unable to meet his icy stare.

She woke up moaning from pleasure. Her back blazed with heat and her breasts swelled with desire. She touched her side, only to find that the towel and the blanket separating her from the Lord of the Clans had disappeared.
Air rushed out of her lungs. The skin of her back prickled against his strong chest, and her stomach tightened with want. She felt his face in her hair, his hard sex pressed between her buttocks. So hard. So big.
“I desire you much more than I should, Ariana, but I’ve never forced myself upon anyone.”
A violent need to become slave to his passion overwhelmed her. Limbs quivering with lust, pulse throbbing, she gasped as his confession ripped her mind apart, as his cock stiffened like an iron bar.
Her pussy didn’t seem to belong to her anymore, but to the heated flesh pushed against it, to the powerful man who enfolded her in the clutch of his desires. A surge of wetness pelted out of her while his voice against her ear couldn’t conceal his feral arousal.
“Do you want me, flower?”
So much. Her out of control body pleaded to be stroked, penetrated, taken. It demanded the thick shaft inside, rubbing, thrusting, invading. She demanded it too, and a single word burst out of her like a long-awaited liberation.
“Yes.”
His harsh intake of breath inflamed her, yet she couldn’t move. Eyes closed, she let herself melt down under the touch of his hand. As if she was a fragile trinket, he passed a gentle finger along her side, around the curve of her buttock. Goosebumps erupted wherever he caressed her. A fierce craving drilling her stomach, excitement swallowing her, she opened her mouth to pant.
His rigid sex shivered against her folds. Although he wanted her as badly as she wanted him, he didn’t appear to be in any hurry. But the fire blazing inside her belly needed to be quenched. 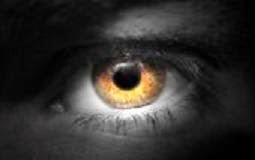