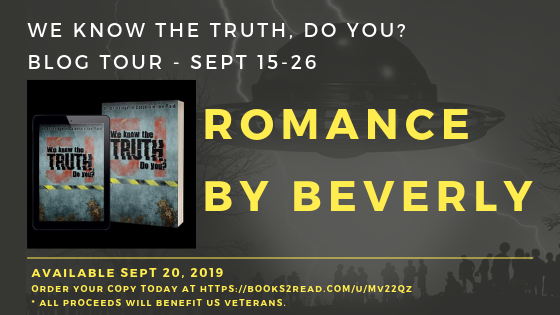 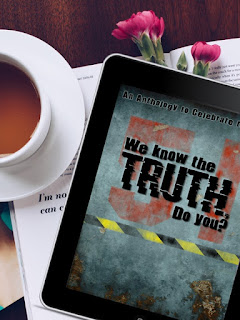 In July of 2019, author Terri A. Wilson contacted other authors with a simple idea. “I think it would be fun to create an Area 51 anthology and release it around the time of the big invasion. Maybe a charity anthology- all genres. Any interest?”

The idea caught fire among her writers community, with writers she knew sharing the idea with writers they knew. In the end, 47 authors of all different genres agreed to try their hardest to craft a story that honored Terri’s few stipulations.

In the end, over twenty authors submitted stories to the anthology.

“I am so blown away by the response to this antho.” Wilson said. “The energy is overwhelming.”

Ebook and print versions will be available September 20, 2019 to coincide with the original date of Alienstock and Area 51 Bootcamp, the two major events planned for the Area 51 raid.

Book Blurb:
What’s in Area 51? Is the government hiding aliens? Elvis? Maybe the set of the Apollo moon landing? Do you know? We do. Join this multi-genre group as they explore the hidden recesses of Area 51 which up until now have only been whispered conspiracies. Don’t bother with the raid. Stay home, read these awesome stories and learn all you need to know. The truth is just a page-flip away. 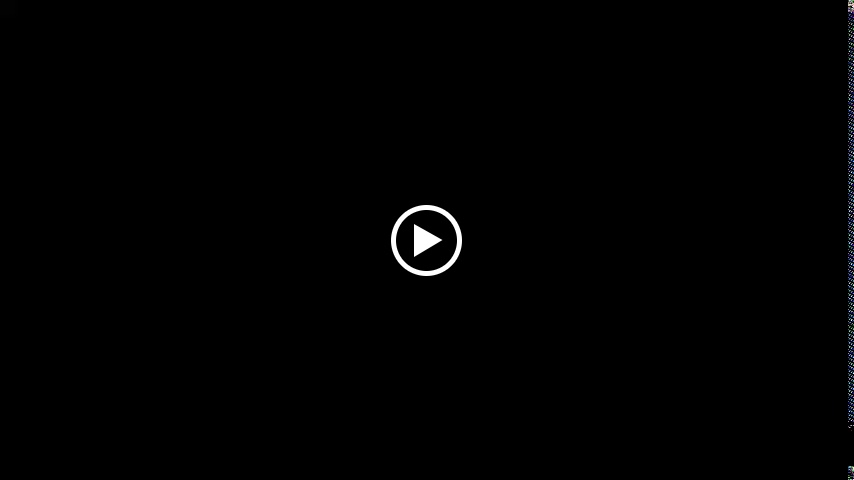 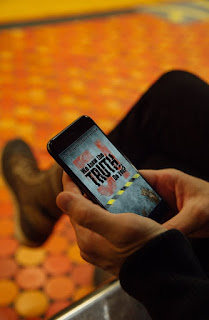 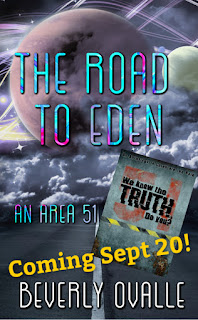 The Road to Eden

The civilization of Jannat Adn was slowly dying. Unable to procreate they searched the galaxy looking for compatible civilizations. They find one. It’s Earth. Not only are earthlings compatible, but gene markers show a common ancestor.

Pavolok is amazed at how different life on Earth is. Tasked with safely bringing aboard colonists, the Storm Area 51 Raid is the perfect opportunity to round them up. When the US Military tests a weapon on their own citizens, he steps in to save them. What he doesn’t expect is his body’s reaction to one of the human women. Her purple hair and violet eyes draw him instantly to her.

Amy joined the raid for the heck of it, along with her siblings. Naruto running and clapping cheeks appeals to her sense of humor. It’s not that she believes in aliens, just why miss the chance if they really are there? Transported to a space ship that really doesn’t live up to her expectations, she can’t seem to keep her hands off Pavolok.

Amy hadn’t planned on having an alien in her life, but once she clapped him, she’s not willing to give him up.


Here are more blurbs for some of the included stories!

by C.L. Roman
Thomas and Dana are planning their wedding when a mysterious package arrives from relatives Thomas thought long dead. To make matters stranger, the note attached hints that his loved ones are in danger. Arriving in Rachel, Nevada, the couple discovers that a missing magical artifact is the only thing that can save them, and it's hidden in the archives of Area 51. Getting in will be a challenge. Getting out alive may be impossible.

by Jennifer Wedmore
What We Became- The Year is 2519. The integrated society of humans and aliens have been around for 500 years. This is the start of the story passed down through the ages of What We Have Become.

by Katey Tattrie
The Worst of the Worst - Trapped underground, one mile to Central Control, injured, and possibly meeting up with the United States’ deadliest serial killers escaped from their cells. "Freaking fantastic. Not exactly your typical day at Area 51. Nick was right. I should have stayed home."

by Lori Joseph
Taking Initiative - Poor Hannah! Almost 30, alone in the world, and about to be evicted. But that all changes when she applies for a position with the US Government. Accepting a position with the GEDI proves to be the opportunity of a lifetime; a promise of a better future, friends, and the chance to earn some real money for the first time in her life.
The favorable circumstances Hannah has been handed comes with rules, unexpected processes, and a dominating authority figure. Will impulsive Hannah be able to comply and keep her lavish new life or will she be returned to her bleak existence?

by CM Peters
Cargo - After a deadly crash, one of the only remanining soldiers must protect their cargo at all costs. Could Area 51 be the right hiding place?

by Valerie Puri
Burner Phone - When Jimmy signs up for the Area 51 raid as a joke, he gets more than he bargains for.
As his pursuit for the truth intensifies about the secret base, he teams up with a like-minded individual. Together, they infiltrate Area 51. Jimmy not only finds himself in the middle of a UFO crash site, but a conspiracy that goes deeper than he ever imagined.
He is determined to expose the truth before it’s too late.

by Jennie L. Morris
Galaxy Genetics Inc. - Earth is a dead planet. Mankind colonized other planets and moons in the solar system. Galaxy Genetics Inc. sends out teams to collect rare DNA samples to use in their medical and bio-warfare research. Following an ancient rumor of a long dead species held at Area 51, Galaxy Genetics dispatches one of their top teams to investigate. The pair soon run into something intriguing and dangerous in the corroded science bunker beneath Area 51.

by Arthur M Doweyko
P'sall Senji - a story of first contact, wherein a nearly retired policeman must decide whether or not to kill the alien about to shake hands with the President.

by Sherry Rentschler
Mermurings - Word is there is a conspiracy of secrets surrounding Area 51. What if the secrets are the conspiracy because the government has nothing to hide? The secret to Area 51 is a belief in a lie.
But the truth is there's magic at Area 51. And its dying.

And these are just some of the stories you will find! Check it out while it is still only .99 cents!

All proceeds go to a Veteran's Organization.