For a limited time only the first book in the Bedding the Bachelor series, Bedding the Wrong Brother is FREE!  From now until July 16, 2014 you can get BEDDING THE WRONG BROTHER FREE on iTunes! 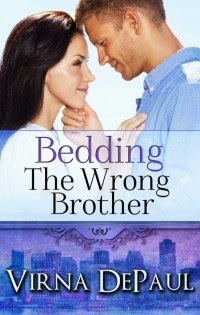 Determined to find her inner sex drive, she enlists her childhood friend Max Dalton, to tutor her after hours.

Instead, she ends up in the wrong bed and gets a message in passion from Max’s twin brother, Rhys Dalton, a man Melina’s always secretly wanted by never thought she could have.

Excerpt: Rated R
Wow. She was about to get her game on with one of the Dalton twins, maybe not the right one, but at least the one who, unlike most men in her life, was here to give her what she needed and not the other way around.
Well, kinda.
She took a deep breath. It's showtime.
Swinging her feet over the side of the bed, she got to her feet, then immediately threw out a steadying hand when she swayed.
Whoa. Not wearing her glasses was not only putting a hazy edge to her vision, but throwing her equilibrium off balance, too. Shaking back her hair, her hand still gliding over the bedcovers for balance, she skirted around the mattress toward Max. Deliberately, she threw her shoulders back and kept her chin up.
She was tired of men who sucked in bed and blamed her for their suckiness. She'd take her fair share of responsibility, but not all of it. At least she was proactive. At least she was willing to learn. And who knew? She was a good student. If Max was a good enough teacher, maybe she could make her fantasy come true. Not with Rhys, of course, but maybe with Jamie. And if not with him, then maybe someone else.
Coming to an abrupt halt, she smiled. She was starting to think that her vow to give herself one last chance to find a man was silly. She'd never been a quitter, after all. Pleased with her realization, she raised her gaze to Max.
He hadn't moved. Just continued to stare at her as if her offer to please him had rendered him speechless or, at the very least, given him second thoughts.
They couldn't have that.
Raising her arms, she turned in a slow circle, ending the show with her hands resting on her hips. “Well? Is this sexy enough for you?”
***
Sexy enough?
Was she sexy enough for him?
Rhys licked his lips, but was careful not to make any sudden moves. If he was losing his marbles, he wasn't about to do anything to rattle his brain back to life. With her simple camisole and boy-short underwear, she was showing less skin than women often showed at the pool. Hell, the girls wore less material on stage.
But this was Melina, and he was seeing parts of her he'd never seen before. The surprisingly deep shadow of her cleavage that looked velvety smooth. Hard-tipped nipples poking against the double layer of her bra and thin camisole. And the buttery, smooth skin of her upper thighs that pressed together just underneath the vee of her pussy. Groaning, he couldn't decide which crevice he wanted to explore with his tongue first. The one between her breasts or the one that was trying to protect the vulnerable folds of her sex along with her simple yet feminine underwear.
“Are you okay?” 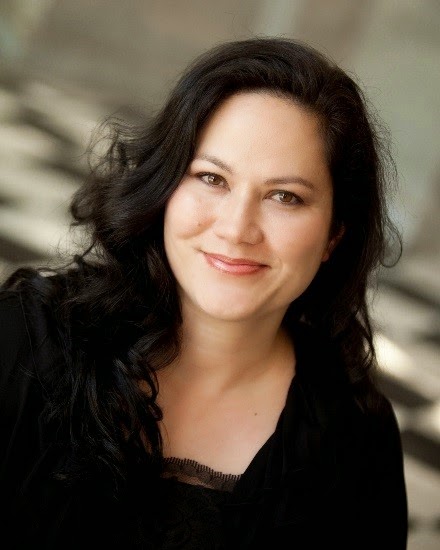 Bedding The Wrong Brother is a #1 Bestselling Contemporary Romance, and is followed by Bedding The Bad Boy. Her PNR series with Random House launched on April 1, 2014 with Turned. She loves to hear from readers at  www.virnadepaul.com