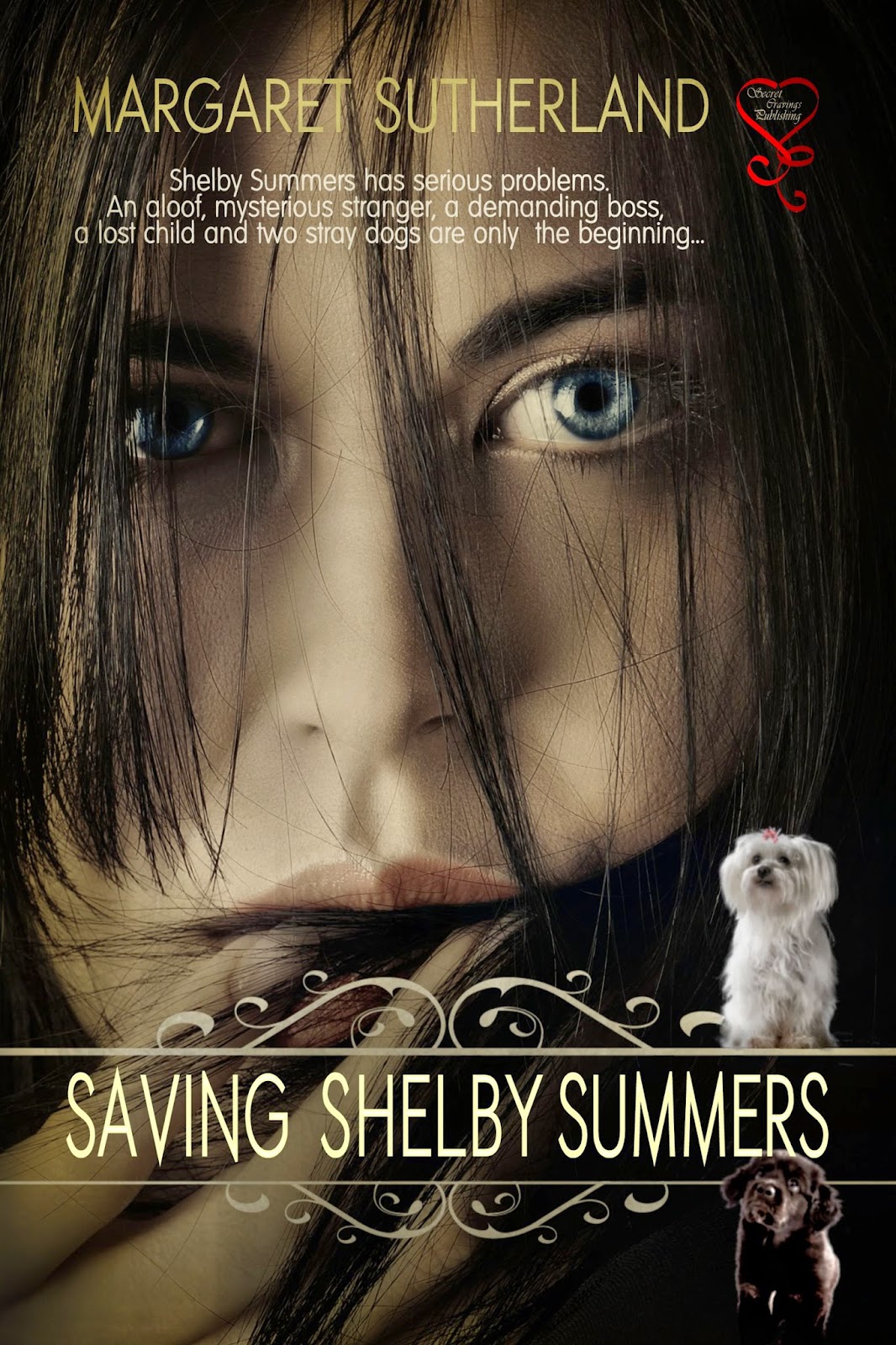 BLURB: Shelby Summers has serious problems. A mysterious stranger, a demanding boss, a lost child and two stray dogs are only the beginning…
During a wild storm, Shelby Summers is rescued by a mysterious stranger who then disappears, leaving no way for her to thank him. The man haunts her memory. At twenty-two, Shelby is trying to understand why she attracts men who don’t respect her. Her traumatic adolescence has left scars. How can she become assertive and find a loving partner?
Fate brings Shelby and her rescuer together again. Nathan Monroe, a country veterinarian, has reluctantly moved with his four-year-old daughter Caity to the city. He needs to begin life again after a personal tragedy.
When he offers Shelby employment as a nanny for Caity, she is hopeful. Might she even build a life with this enigmatic man, his daughter, and the two stray dogs that need a home? Shelby must make a confronting choice. It is time to claim her personal strength, and face her worst fear of all.
LINKS.
http://store.secretcravingspublishing.com/index.php?main_page=book_info&cPath=4&products_id=903
Amazon.com
http://tinyurl.com/leywmvp 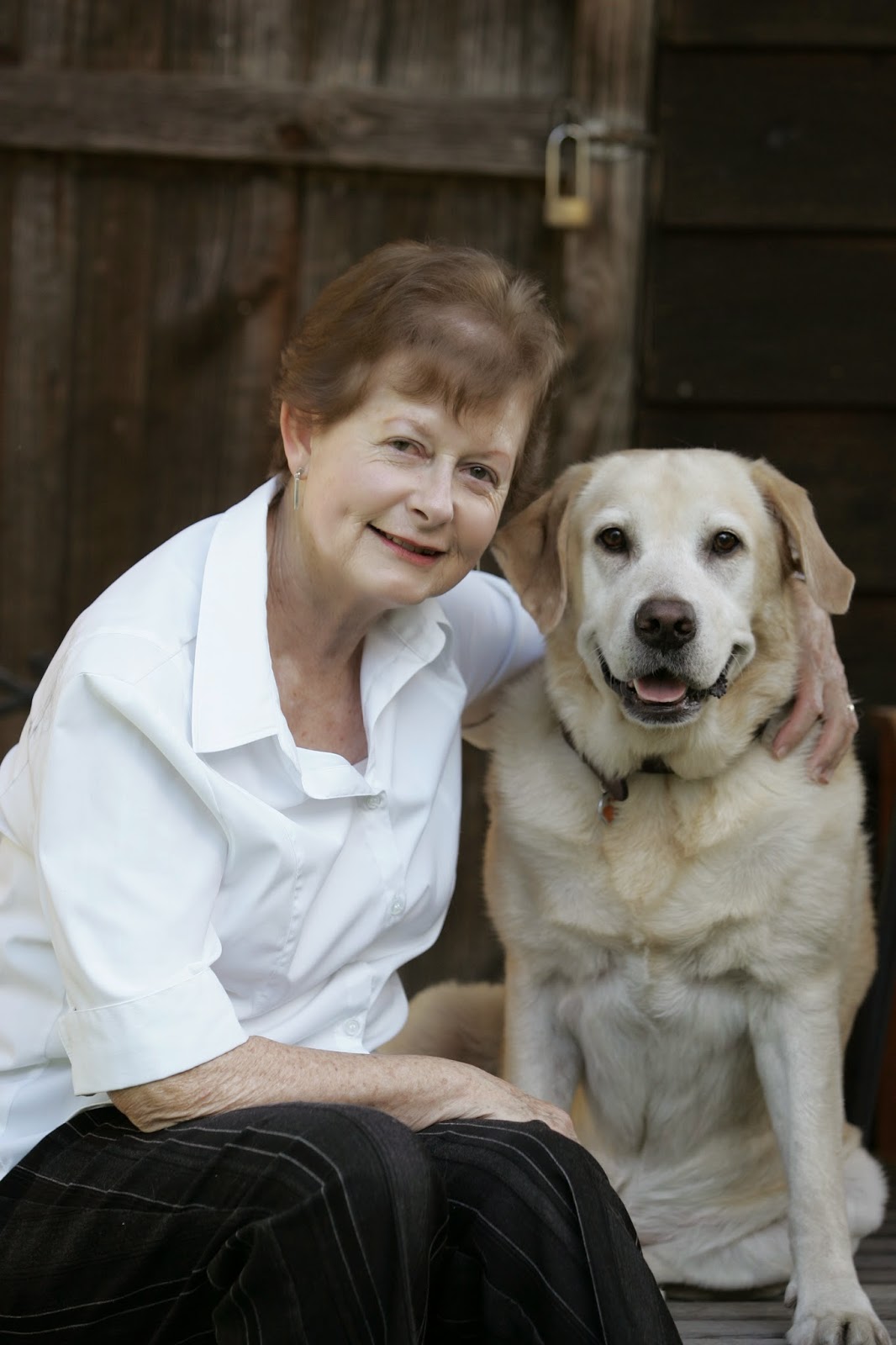 Author Bio
Margaret Sutherland is a New Zealand author who lives in Australia. She has recently turned from general novel writing to a new category; romance with dogs. Her romantic stories are grounded in reality, with dogs playing a part in the stories.  Enthusiastic 5 star reviews encourage this author to enjoy this new stage of her impressive writing career. Readers who like well-crafted writing, a good story and the ‘Aaw!’ factor will love these romantic tales.
More information is on her website at www.margaretsutherland.com

Nathan Monroe parked his mud-splattered Nissan Patrol on the cliff top overlooking the beach and sat looking down at the turmoil of whitecaps and hissing surf. The wild, lonely vista matched his mood. The past came with you, however far you traveled.
Shrugging on his oilskin coat, he stepped out into the rain and stood facing the icy southerly. The wind whipped his brown hair as he strode to the cliff edge. Legs planted apart, arms hugging his chest, he was a dark, unapproachable figure, defiant in his stance. At the end of the beach, spray geysered high as waves smashed onto the rocks. Lashing rain, almost horizontal, stung his face and he pulled up the black hood. His vision was blurred as he squinted, peering downwards. Had he imagined movement on the beach? A vague shape    interrupted the otherwise deserted vista. Large logs, washed up and rolled about by the ferocity of the current? Surely not a swimmer on such a day? An uneasy premonition gripped him. Instinctively he began to run downhill, digging the heels of his boots into the steep track to gain purchase as his stride lengthened.
His senses kicked in. He heard screams for help and saw the horse half-buried in black mud. The smeared rider, also caught in the sinkhole, was supporting the terrified animal’s neck above the encroaching waves. The tide was coming in.
“Please help.” The boy sounded desperate. “Help us!”
Nathan had reached the perimeter of the sand and the boy waved frantically. “Get back! If you get caught, we’ll all...”
“We’ll have you both out in a jiffy.” Would he? Time was critical. Stay calm. His trained veterinary mind went into analytical mode. The Nissan’s towing capacity would easily handle a horse weighing around four or five hundred kilograms. Fortunately he had heavy ropes. He'd even tossed his stun gun in with his vet case before driving down from Roma for the interview. He must get the four wheel drive down to the beach, get the horse roped, free the rider then use the vehicle to ease the horse free.
“Try not to panic. Talk to your horse. Keep him calm if possible. I’m bringing transport now.”
The boy’s muddy features dissolved into terror at the prospect of being left alone. He was only a teenager, as far as Nathan could judge. The waves were already creeping closer. Would he have time to carry out a rescue? The thought of the boy and his horse vanishing from sight was too horrible to bear.
“Hang in there!” Turning, he sprinted towards the steep track. Was it the only vehicle access? He’d be at a forty five degree angle, and he had no time to consider tire pressure. Compelled by the plea of the trapped boy, he had to stop calculating and simply do it. Panting, he arrived at the Nissan, engaged the low range gear and took an involuntary deep breath as he went over the edge and the horizon disappeared.
Plunging down the steep slope, the Nissan angled sharply, on the verge of rolling. Nathan forced that image out of his head and concentrated on reaching the beach below. The tires slipped and skidded, the body swaying from side to side and lurching horribly as it hit buried logs and debris. Miraculously, he was on the beach, desperately seeking traction in the sand.
The rider and horse looked smaller, as though they’d sunk further into the treacherous pit. He could see the muddy arm flail, waving to him. Poor kid! This must be what pure terror felt like. As he came closer, he could see the whites of the horse’s eyes as it struggled to break free.
“Hold on, fella!” Delivering the steady patter of words he’d so often used to calm a birthing cow or a sheep tangled in a barbed wire fence, Nathan grabbed the heaviest ropes.