I don't have a name yet! I have five days to finish it and then see if I can find a beta reader or two. Fast readers as I only have until the 15th to submit it. 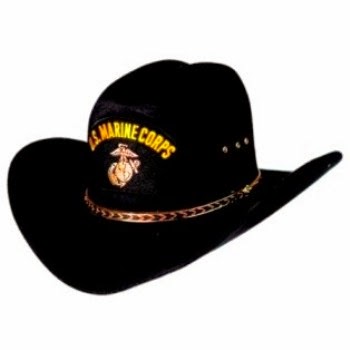 I've been kicking around a couple of names
The Marine Cowboy
The Marine's Temptation
Marine Corps Therapist
none seem to fit it yet!


Here's a sneak peek and remember, it's just a rough draft!


Mom left to go to school. She wanted to become a veterinarian. He’d visit her over the summer sometimes then head back home. She seemed so much happier. He knew she loved him, but it made him sad that he wasn’t enough to make her happy. He talked about it with his dad and they both came to terms with it. His dad had felt the same way. At least they’d had each other.

It was one of the reasons he’d never approached Abby. She’d been too young for him with her whole life ahead of her. He heard all about her plans from Hank. He wouldn’t derail her plans, she’d only end up resenting him like his mother had. Not to mention the eight years between them and the fact that she was the baby sister of his best friend made any type of relationship impossible to imagine.

“Here you go, Staff Sergeant.” The woman opened a folder and pulled a sheaf of papers off of the printer and put them inside before handing it to him. “Nice to see you’re able to leave. Remember to call if you have any questions.”

“Thank you.” He turned and headed back to his dad. He laughed to himself. A couple of the nurses were eyeing up his father who continued to peruse the latest advice from Cosmos, oblivious to their interest.
“Hey, old man, I’m ready to go.”

His dad looked up and closed the magazine, setting it down on the table next to him.

“Ready to go home?” Liam nodded. “Good. Me too. Started to feel like prey sitting here.”

He flashed a grin at the nurses as he left while Liam choked a laugh back. Guess his dad was fully aware of the glances his way. He supposed that at forty nine, he wasn’t that old. It seemed odd to think of him that way, though after his mom left there had been plenty of women flocking around.

Liam shook his head. No matter how old he was, he wasn’t going there. This was, after all, his dad.

“I’ll go get the truck. Wait here.” His dad strolled out, leaving him sitting by the entrance. He wouldn’t be able to get his chair close to the truck door where his dad was currently parked. He watched as he climbed in and drove around to the front of the hospital to load him up.

Liam wheeled out. Sitting in his wheel chair he realized that this was not going to be fun. He glanced at his dad and saw the same thoughts flit across his face.

“I wrangle horses and cows, throw hay bales. I should be able to lift your scrawny ass in.”

Liam laughed. He was as large as his dad. Just as tall, though not as stocky.

“Not sure that’s going to work.”