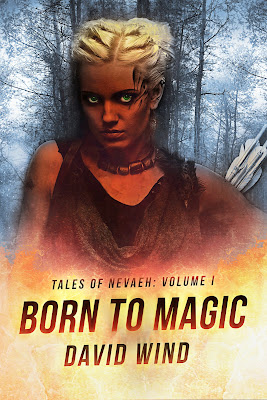 Welcome to Nevaeh: a world where technology no longer exists, but magic does.

Long ago, a mythical nation known as 'America' died in the violence and radiation of the terrorist wars. Now their descendants dwell in a world of ritual and magic where ten dominions struggle for supremacy while a dark power rises to threaten them all.

In Nevaeh, where men are blessed with great strength and women have both strength and psychic abilities, one woman has been chosen to be Nevaeh's savior, Areenna—the only daughter of the King of Freemorn.

Barely eighteen, Areenna's psychic abilities—her magic— are already stronger than that of most women. But when Areenna is called to The Island, a place where all women of psychic power must go, but from where only some return, she soon learns the fate of her world is in her hands.

Accompanied by Mikaal, the son of the High King of Nevaeh, the two undertake a perilous journey to a place of great power, in an effort to save Nevaeh from the oncoming darkness, and these dark and evil forces will do everything in their power to stop Areenna from reaching her destination.

Areenna’s journey is filled with unimaginable dangers as they cross through three of Nevaeh's ten dominions, and through the haunted wastelands and badlands filled with the mutated survivors of the nuclear holocaust to fight their way to what will either claim both their lives or give them the powers to save their world.

“There is no choice.” Cupping the sides of his head, the High King of Nevaeh held himself as if trying to ease a headache of astonishing proportions.

“There is always a choice.” The High Queens’s voice was as soothing as was the hand stroking his back. While smaller than most men of Nevaeh, the king was broad across the chest and shoulders, narrow at the hips with powerful legs and arms. Yet none would have pictured him a king for his size combined with the delivery of his words served to make him appear slow-witted. He, however, was far from slow-witted. He considered every word he spoke carefully before allowing it to pass his lips.

His special combination of strength and intelligence had allowed him to defeat the sorceresses controlled and led by the Masters of the Circle of Afzal—the leaders of the shadowy empire across the sea. These witches had held Nevaeh in virtual slavery, using the fighting between the ten dominions to keep their Dark Masters’ strength high—for they fed not upon earthly food, but by keeping the rulers of Nevaeh at each other’s throats, living and growing in the power created by the dark energies born from the fighting.

By defeating the Afzaleem, he became the first person to unite the dominions of Nevaeh under a single rule while at the same time denying the Circle their Nevaen puppets.

The king lifted his head to look into the gray eyes of his mate. “There is no choice,” he repeated. “We must keep the trust and willingness of all rulers to allow themselves and their families to be led rather than forced.”

“There are still those who resist what we do to help them,” she said.

“No, it is because those few have no faith in me,” he whispered. While his words were simple, they were true.

“Perhaps…Yet I know there will be one who comes to your aid, when the time is right,” she whispered. “I have foreseen it in my dreams, My Lord. You have changed much since you became high king and you ask the people to do the same. And remember, what follows this change is what you seek to guide, not the change itself. The rest will take more time than you and I have, which is why you must wait for the right person.”

“How long is the wait? We both know the situation grows dire. The lords of the ten will start feuding again as the remnants of the Circle try to rise. The Afzaleem are all but dead. But we know the Circle will find new vassals to fill with darkness…if they have not done so already. Soon there will begin fighting. The people will be easily swayed should the dark power find a way to regain a foothold…and such can only happen when dominion fights dominion. They almost won, and they will try again—they will never stop. How long must the wait be?” he repeated, not seeking an answer but putting forth the question to the very air itself. “Days? Weeks? Years?”

In from the window floated the voice of their sixteen year old son, Mikaal, as he trained for combat in the courtyard below. “This person will come. It will not be…overly long, my husband, my…Lord. It will happen—perhaps not in the way you think it should, but it will come about the way it must.”

I love a good fantasy and Born to Magic is definitely that! It caught my interest as it is set in a post-apocalyptic word, a fantastical and unusual world. We all know that nuclear weapons will change us and not necessarily for the better. Perhaps not the for the worst either. David Wind creates a wildly fascinating world that I felt totally immersed in.
Areenna and Mikaal were interesting characters with unexpected depths. Only the first of their adventures, Areenna and Mikaal grow and find unexpected and complementary powers the bind them closer together.
An interesting premise, Born to Magic is a fascinating look at a world that changed and was torn apart only to regroup and grow strong once again. 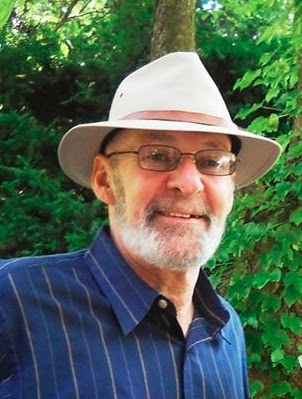 I live and write in a small village about thirty miles upstate of NYC, and share my home with my wife, Bonnie and our dog Alfie, an apricot poodle.

When I began writing in 1980, I had no idea where I was headed. Since then, I've published thirty-five novels, thirty-three of them with traditional publishers, but I decided I wanted more freedom than the traditional publishers would allow and began a new phase in my life as an Independent Author.

M first Independent novel, Angels In Mourning, was my 'homage' to the old time private detective books of the late 40's, 50's and 60's.  I used to love to sneak them from my parents’ night-tables and read them as a young boy.  Angels is a modern day take on the old style hardboiled detective.  Angels In Mourning won the Amazon.com Book of the Month Reader's Choice Award shortly after it was published.

My most current thriller, The Cured, was written with Terese Ramin. The idea for this Medical Thriller came shortly after the death of a close friend.  I couldn't help but wonder about the medication....

My previous suspense thrillers are The Hyte Maneuver, (a Literary guild alternate selection); As Peace Lay Dying, Conspiracy of Mirrors, And Down Will Come Baby, Now I Lay Me Down To Sleep ,and Shadows.